The Network Video Recorder 4K, also called the NVR 4K/ 4K HD NVR/ 4K NVR Kit/ NVR 4K CCTV/ NVR 4K System, means that this DVR has the resolution of 4K, 4096x2160, about 8.8 million pixels, which can achieve the movie level image quality, which is equal to more than four times the current top level 1080p resolution. As for 4K, the data volume of each frame has reached 50MB, so both the decoding playback and the editing require the top level configuration machines which also means the ultra-high-definition resolution and the high price.

So what is the Frame?
The Frame is the smallest unit of the single image in video/animation, which is equivalent to every frame of lens of a film. A frame is a still picture, and successive frames form an animation, such as a TV animation. We usually call the Frame the number of frames that pictures transmitted in 1 second. We can also be regard the Frame as that how many times the graphics processor can refresh per second, which is usually expressed by fps (Frames Per Second), and it can be called the Frame Rate. Each frame is a still image, and the displaying frames in the rapid succession creates an illusion of motion. The high frame rate can achieve smoother and more realistic animation. The more frames per second (fps) there are, the smoother the displayed motion will be.

So what is the Frame Rate?
The Frame Rate, also be called the frame frequency, is expressed in Hertz (Hz) and it is the frequency (rate) of the bitmap images(whose unit is frame) that continuously appear on the display. This term also applies to the films, the video cameras, and the computer graphics and motion capture systems.

What about the relationship between the Frame Rate and the Human Vision?

The time sensitivity and resolution of human vision vary, according to the types and characteristics of visual stimuli, and differ between individuals. The human vision system can process 10 to 12 images per second and perceive them individually, and the higher Frame Rates are considered the motions.

Generally speaking, when the Frame Rate is higher than 50 Hz to 90 Hz, most research participants believe that the modulated light (such as a computer monitor) is stable, and the sense of stability of this modulated light is called the flicker fusion threshold(  when the modulated light is non-uniform and contains an image, the flicker fusion threshold can be much higher, perhaps hundreds of hertz). As for the image recognition, it has been found that if people need to recognize the specific images in an uninterrupted series of different images, each image should last 13 milliseconds at least. And the persistence of the human vision sometimes may cause a very short single millisecond visual stimulus, and the duration will be from 100 milliseconds to 400 milliseconds. Very short multiple stimuli are sometimes considered as a single stimulus. For example, a 10-millisecond green flash first, then a 10-millisecond red flash followed, under this condition, the they would be perceived as a single yellow flash.

Well, I hope that my introduction about the Network Video Recorder 4K and the Frame Fate could help you know more about this video monitoring field. 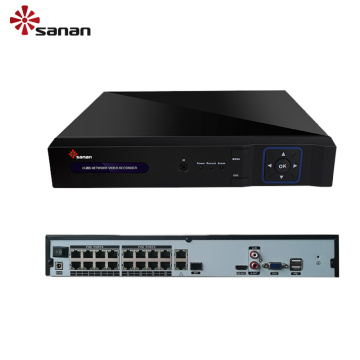